As a terrible writer, when wondering how the hell I was going to frame up this ‘blurb’ on Carlos, I took the easy route: straight to Google. ‘Ingenuity’ was the word I had in mind after dwelling on it for a couple of days; if you know Carlos you’ll understand why that resonated for me, and Google confirmed it. To make a living from snowboarding it’s smart to hedge your bets. In the current environment of content consumption, it’s wise to be everywhere (in a genuine way). It’s interesting to hear people talk about Carlos. Opinions, while positive, can also be so different, depending on what aspect of Carlos’s riding they’ve seen, and I think that’s really cool. He’s a world class competitive snowboarder, he rides it all and has a rad crew of characters that he produces a web series with, he’s in the glossy pages of your favourite snow mags, his social game is tight, and you can still catch him down at the (Insert: snow or skate) park for a lap. Nailing it. | Jay Smith

Hootie is a risk taker; he has rocked a lot of questionable ‘fits and a lot of fly ‘fits. One time he stopped buying tapes for a video he was filming to buy a Gucci belt. He’s from the South Island, hopping to Wellington, then on to Melbourne. I get the feeling that if he wasn’t getting free Nikes he’d probably stop skating and start an RnB career. He’s got that annoying natural talent on a skateboard. If he wasn’t out in the streets he’d be getting it on vert just as easily. His name is actually Nicholas. He’s a good pick for this list because he has the potential to leave a legacy in New Zealand and abroad, even if he actually chases an RnB career. | Andrew Bevin

I met Simon Thorp near the end of the last century, when he and the R were busily terrorising Auckland street spots as youngsters. Fast-forward 20 years, and Simon is teaching a new breed of rats to skate with his latest venture, The Young Guns Skate School. From infants that still resemble spermatozoa taking their first step on a board, all the way to teenagers desperately wanting to learn to Misty Flip just like him, Simon and his crew are babysitting these kids to superstardom. While some are sent against their will by over-enthusiastic Nyjah-dreaming skate-dads, and some by parents simply wanting a day away from their little shit, most are actually keen to learn how to skate, and because of that, and Simon, the future of Auckland skating is definitely looking bright. There’s no crystal ball to say that any of these kids will be gracing the cover of Manual in 20 years, fakie flipping low-to-high up the Tole Street gap, but fuck, there’s already a 2-year-old with a nappy sponsorship after undergoing Simon’s {Grill}army style training regime, so it’s definitely possible. Keep up the good work, Sime. #WyattSOTY2037 | Alex Dyer

In the world of sponsored skating there are those who massage their own egos and then there are those who not only push themselves but also inject wads of health and positivity into the culture. Casey Foley is one of the latter. He really is the complete package. Aside from relentlessly producing footage that stokes out the planet, he’s also a street photography guru. His arsenal of work is already way beyond what you could expect from a lifetime of devotion. Issues of his publication Ducktales are bound to become collector’s items. To top it all off Casey is a super lovely guy who will give time to anyone, no matter what their status. In 20 years’ time I think Casey will have a photography school in Melbourne, Ducktales will be available in VR and he’ll have his own New Zealand postage stamp and a bronze statue in Oamaru. | Morgan Campbell 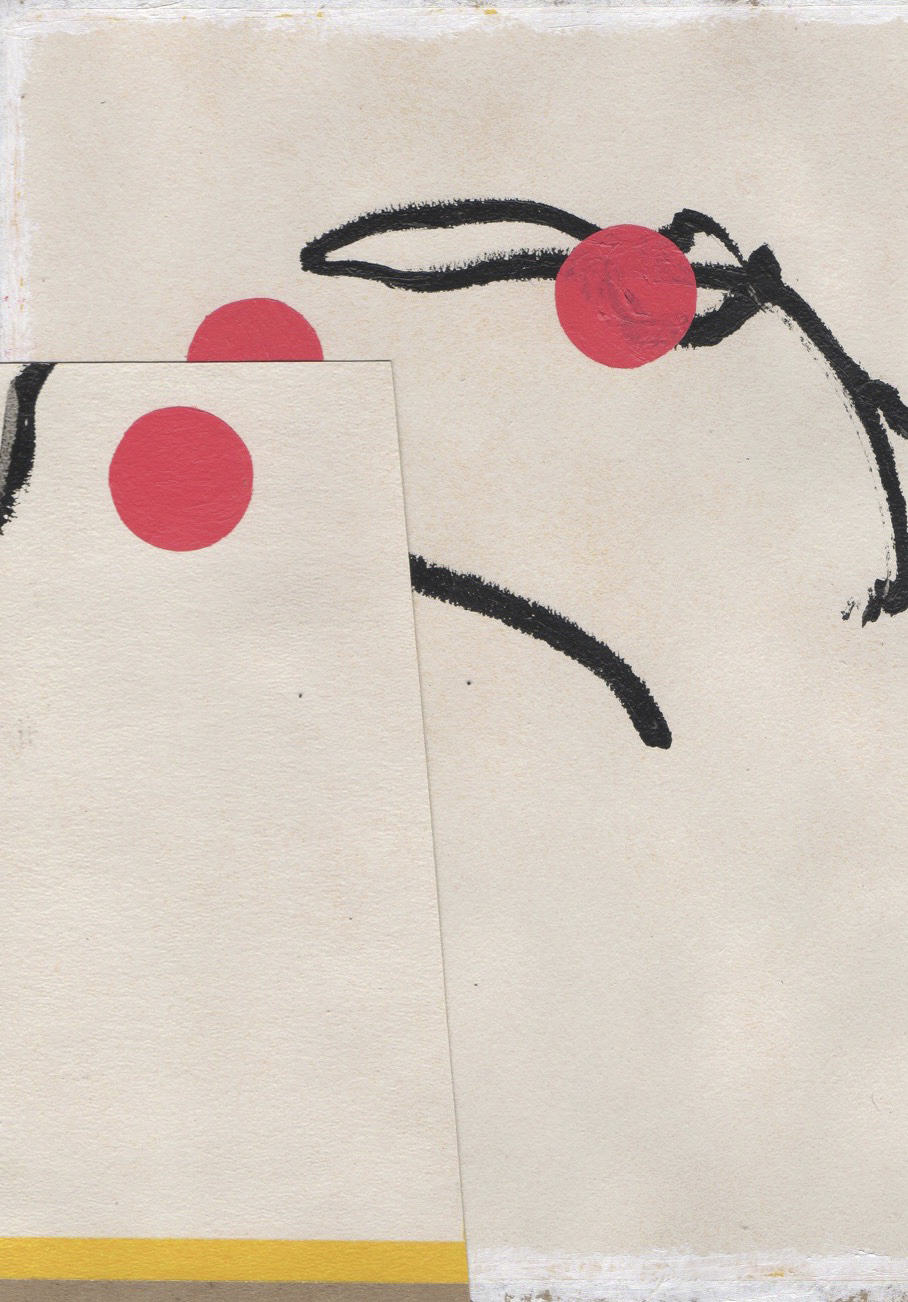 Eleven years ago Ed came to New Zealand from a far different place in the world where racist cops with itchy trigger fingers pull loaded guns on young graffiti writers and where it’s also completely unheard of to go skate at a local school ground. He has a uniquely refreshing and different way of looking at life and art due to this and, more recently, his latest extensive artist residency and travels throughout the deeper, darker corners of Europe. Never relinquishing to rules, trends or even advice, Ed surprises and inspires me, and no doubt others around him, constantly. I still don’t think he’s painted a stupid fucking bird or a portrait yet, and never will. Because of his stubbornness and originality he’s going to keep going… far. | Sean Duffell

/ Laying New Ground / New Blood / Part One
Art, life, and skateboarding. The latest from Luvscene’s Caleb Dammert. Featuring Matt Ferg, Ben Gibb, Jamie Bucknor and all the homies.
by Manual Magazine
Acid NZ’s corrosive mind-bending tour of New Zealand’s South Island. From the Gypsy Pool to Benmore Dam and Dunedin’s Blood Bucket. No concrete is safe.
by Manual Magazine
It’s SOTY-season, so we tracked down New Zealand’s longest-running Skater of the Year — Simon Thorp. We talk BINZs, rigged votes and predictions for this year’s NZSOTY.
by David Read
After their debut Duckbrewe Skate Festival at Two Thumb Brewery in Christchurch last summer, Duckewe have returned with another hoppy beer collab, added three stages of music, a field full of spectators and an even wilder ramp design.
by George Read
Relentless rain can’t stymie vertical skateboarding progression. The Wellington Skateboarding Association’s “Ramp Riot 4” grows a year older while the talent gets younger. Stunts defy logic. The proof is in the pixels.
by David Read
From the Dazlog archives. Circa 2007-2014. Featuring: James Wright, Andrew "Muddy" Haeata, Tom Hull, Toby Locke, Jeff Sanders, Tom Snape and many more.
by Manual Magazine
To celebrate the launch of The Wayvee by Tyson Peterson, Vans New Zealand team riders and friends hit up the Public Library Showroom pre-lockdown to put Vans Skate's newest silhouette to the test.
by Manual Magazine
More from the Dazlog archives. Circa 2010-2013. Featuring Nico Gottschalk, Deen Rakich, Guy Collier, Simon Thorp, Brett Band, Marek Kocak, Chey Ataria, Tim Barnett, Adam Wharekawa and Darren 'Dazlog' Howman.
by Manual Magazine
Brett Band and friends from the Dazlog archives. Circa 2010-2015. Shot in New Zealand, Australia and Barcelona. Full of casual heavy hitters.
by Manual Magazine
The Rolling Meadows festival lives up to its name with the addition of the Duckbrewe skateboarding event.
by Manual Magazine
On Saturday Cambridge played host to the 2021 Ramp Attack & Acid Invitational. Carnage ensued as crews from around the country came together to session the purpose built, multi sectioned ramp in Leamington Domain. See how it all unfolded below:
by Manual Magazine
The new skateboard video by Brett Chan. Featuring the pure talents of Ben Gibb, Chase Collins, Andrew Morrison, Mikey Gibson, Elijah Robertson and Kyle Svensen.
by Manual Magazine
The window to make a submission closes at midnight this Sunday. We urgently need as many people as possible to make submissions asking for investment in skateboarding.
by Kevin Francis
Vans have completely redesigned the Skate Classic range with the skater in mind. To celebrate the release, we got the New Zealand team together to party, piñata-style. A smashing good time was had — literately.
by Manual Magazine
To improve Wellington’s skateboarding facilities you need to act now. Councillors need to hear from you THIS WEEK. Read Kevin Francis’ call for help.
by Kevin Francis
BOWLZILLA Wellington 2021 — the National Park Skating Championships —  was the cure for 2020.
by Manual Magazine
Wellington will be the Capital of Skateboarding once again on the 27th of March when it hosts BOWLZILLA Wellington for the 6th year in a row.
Press Release
The Vans Mangawhai Bowl Jam, presented by Backdoor NZ, celebrates a decade of roof-raising radness.
Press Release
If you can't make it to the stands in person, you can get bowl-side from the comfort of your couch. Here are all the links to the live stream for the 2021 Mangawhai Bowl Jam.
by Manual Magazine
Robin McArthur-Adams and Mikey Gibson band together for 11 minutes of footage captured from some of the most heavy sessions between Auckland and Wellington from the past six months.
by Manual Magazine