Exclusives / A state of reflection

by Connor Hill
After releasing Choice(s) in 2016, gaining global recognition, backed by concerts both locally and internationally, Emanuel Psathas—notably known as Name UL—is currently in a state of reflection, and shows no signs of slowing down anytime soon.

With your father being the acclaimed New Zealand composer John Psathas, how do you think this affected your upbringing and approach to music?
It’s definitely set a bar to inspire to musically. Just having a person like that around who has the knowledge when it comes to creative process and harnessing it. Sometimes it’s been a bit of a disconnect, just because he did classical music and I’m doing hip hop. Obviously being in a household where there’s a lot of music, other than just hip hop, it’s had a significant impact on my music.

What’s been going on with you since the release of Choice(s)?
I’ve been in an interesting space creatively, seeing how it went and what the response was, which was largely positive. Personally, I’ve just been trying to get better at making music, and learning as much as I can. I think after I did Choice(s), I was like ‘Oh man, that went great, but there’s a whole lot I need to learn and suss out before I put anything else out’. It’s mainly been like a boot camp, just making music every day and trying to fit it around day-to-day living.

I notice you guys have picked up some decent funding lately from NZ On Air. What’s the process been like?
It’s been great! NZ On Air has been really supportive of us. They’ve made the process really easy, and we’ve been able to make some real epic videos because of it, and if that wasn’t there, I wouldn’t know what we would’ve done to get the videos to that standard. Being able to work with industry line gear and the top production companies has all been made that much easier.

You like to involve your friends as much as possible when it comes to producing video projects, right?
Totally. Like my latest video, “Falling”, was directed by one of my best friends. I just feel like there’s a lot of younger people, who don’t get given opportunities to make their ideas come alive. I feel like a lot of people I know are super talented, and if there’s some sort of way to get their ideas out where they want it, I’m going to help do it.

How does KWOE (Kids With Open Ears) feed into that?
It’s our collective, so to speak. We’ve been working on every aspect of it that we can think of. Creating merchandise. Doing shows and events. With a few partners we put on Mr. Carmack in Wellington earlier in the year, and it was super successful. We want to put out a KWOE compilation, and get a bunch of artists we really like to do a track or two on the project and release it later in the year. Again, just using it as a platform for all our other music. We’re just trying to grow it smartly.

How was Mr. Carmack? Was it following his performance at Laneway?
Yeah! We got a last minute opportunity where we managed to pull it all together and it was crazy; it was packed out. It was really cool to hang out with him and make music. We went to the studio and worked on stuff. Showed him around Wellington. Drove around the South Coast, it was so good!

How do you feel about the disposable state of music these days? What do you think is the key to producing something that is truly memorable?
Honestly I think it’s so much to do with making a body of work; you can make music for people to like or you can make music for people to listen. That’s how I go about it. If you want to get people’s attention then you can release a song, and make it really entertaining and in the first 30 seconds get them hooked, but for me it’s almost like I want my success to come from albums; I feel like they’re complete bodies of work. It’s hard, everything’s changing. People don’t have the same attention spans but I’d way rather have five people listen to my album start to finish, than a hundred thousand people listen to one song I put out.

You’re trying to build an experience around people listening to the album.
Yeah! You want to build a catalogue if you want it to be something that sticks around, not just 40 songs you put out. Even on albums people put out ten singles, but it never really feels like an album though. People are going to hate it and people are going to love it. So you might as well make something you’re happy with.

Lastly, what music have you been most excited about as of late?
Recently I’ve been listening to J.I.D, who’s a new signee to Dreamville. The new Childish Gambino album is pretty fantastic. Frank Ocean, Jay Z and Tyler Creator’s latest song, “Biking”, is pretty epic as well. I try and keep my ears open to as much as I can, but it’s a different game when you’re making stuff yourself, as everything you listen to is going to have some sort of influence on you.

/ Connor Hill / Emanuel Psathas / Melbourne / Name UL / NZ Music
Wellington will be the Capital of Skateboarding once again on the 27th of March when it hosts BOWLZILLA Wellington for the 6th year in a row.
Press Release
The Vans Mangawhai Bowl Jam, presented by Backdoor NZ, celebrates a decade of roof-raising radness.
Press Release
If you can't make it to the stands in person, you can get bowl-side from the comfort of your couch. Here are all the links to the live stream for the 2021 Mangawhai Bowl Jam.
by Manual Magazine
Robin McArthur-Adams and Mikey Gibson band together for 11 minutes of footage captured from some of the most heavy sessions between Auckland and Wellington from the past six months.
by Manual Magazine
Two-thumbs Brewing Co. hosted “Duckbrewe Skate Festival” at their Christchurch site last month. Watch as a hoard of skateboarders duck and weave amongst a sea of ply on a specially-made ‘mini Chin' ramp.
by Manual Magazine
With a borrowed camera and a beholding eye, Brett Chan makes another masterful move. This is this summer's gambit.
by David Read
Geoff Campbell casts another who’s who of Melbourne’s four-wheeled underbelly. Like a slappy through a buttery curb, this one is a cut above.
by Manual Magazine
What goes up must come down. A Squad 2 up party at Wellington’s Cenotaph. You can’t go past a good manual pad.
by Manual Magazine
Collab Distribution proudly presents DECO, a New Zealand skateboard film. Pulling inspiration from Art Deco detailing and global air travel with clips filmed across New Zealand through to Sydney and Los Angeles.
by Manual Magazine
Shane Smith delivers potent messages, and skateboarding, in the latest edition of his Skunk video series. Friends, foes and Auckland's finest making good use of the city streets.
by Manual Magazine
Vans releases the first Colourway for Australian Rider Jackson Pilz — available now.
Press Release
Start your year off with a bang. Join us at one of New Zealand's premier skateboarding events — The Mangawhai Bowl Jam. With 2021 marking the event's 10th year this will be one not to miss.
by Manual Magazine
Christmas is a special time. Made better by friends, good times and special treats like this little gem from the plazas and pathways of the Capital. Max Sceats keeps on giving with Chrimat Speciale.
by David Read
Shamus Peters and Mikey Gibson bare all in this exposé from Auckland city's slick street. Captured by the one, and only, Brett Chan.
by Manual Magazine
There's nothing better than waking up to a new Daylight video. Mikey Gibson, Nico Tognazzo, Jack Fagan, Jonty Hoggard, PJ Wybrow, Simon Fraser-Mackenzie, Shamus Peters, Elijah Robertson and Robin McArthur-Adams feature in Luke Browne's latest joint.
by David Read
This 10-minute volume of VX footage shows Tai Wepa as an unstoppable force. The Hawkes Bay transplant fires it up in Adelaide.
by Manual Magazine
Slipping through customs just before lockdowns plagued the pacific, and other parts of the world. The exploits of RVCA Australian skate team, pre pandemic.
by Manual Magazine
Tylre Houldsworth joins the Trainers SB, Auckland team. The occasion is celerated with an edit, for your viewing pleasure.
by Manual Magazine
A new skate film featuring global signature team riders Elijah Berle and Gilbert Crockett, with a special guest appearance by Justin Henry.
by Manual Magazine
There’s no school like high school unless you’re getting schooled in the high streets. Cato Dobbs calls us to attendance. Class is in session.
by Manual Magazine 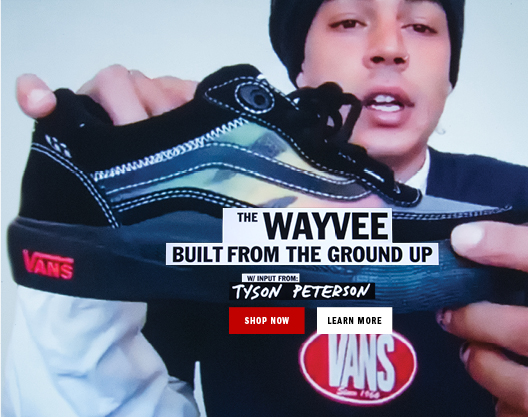 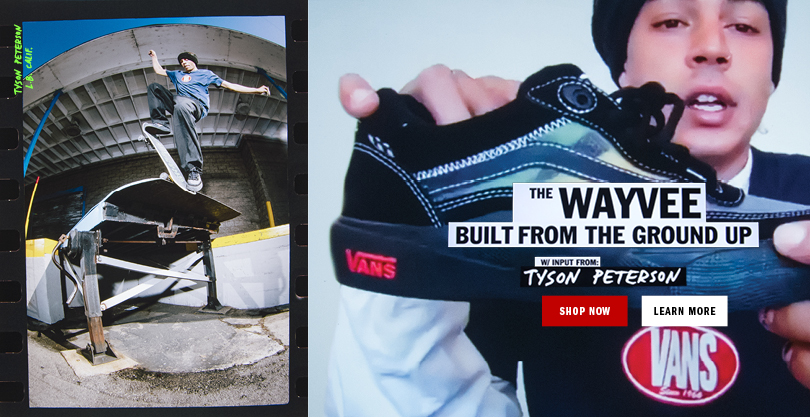