by Manual Magazine
The Vans Park Series is back on the map – taking over Sydney come April 14th. If last year's event is anything to go by, then we recommend locking in a few hours screen time to watch things unfold. Few details in the offical release below:

VANS APAC. (March 21, 2019) – Vans Park Series, the premier park terrain skateboarding tour in the world is kicking off the 2019 season with the VPS Oceania Continental Championships in Five Dock Skatepark, Sydney, the place where VPS left with excitement and glory last year.

The VPS Oceania Continental Championships are open to all skaters of the Oceania region, men and women. Meeting proof of regional eligibility and any associated entry fees will provide an official path to the Vans Park Series World Championships in Salt Lake City, United States on September 7.

To extend Vans’ brand campaign story and continue the commitment to supporting girls skateboarding, Vans will host the “Vanguards” experiences at Five Dock Skatepark during the Oceania Championships. Featuring skate clinics and workshops, while the general public can participate for free and experience the skateboarding culture with friends and family. Click here to register your spot now. 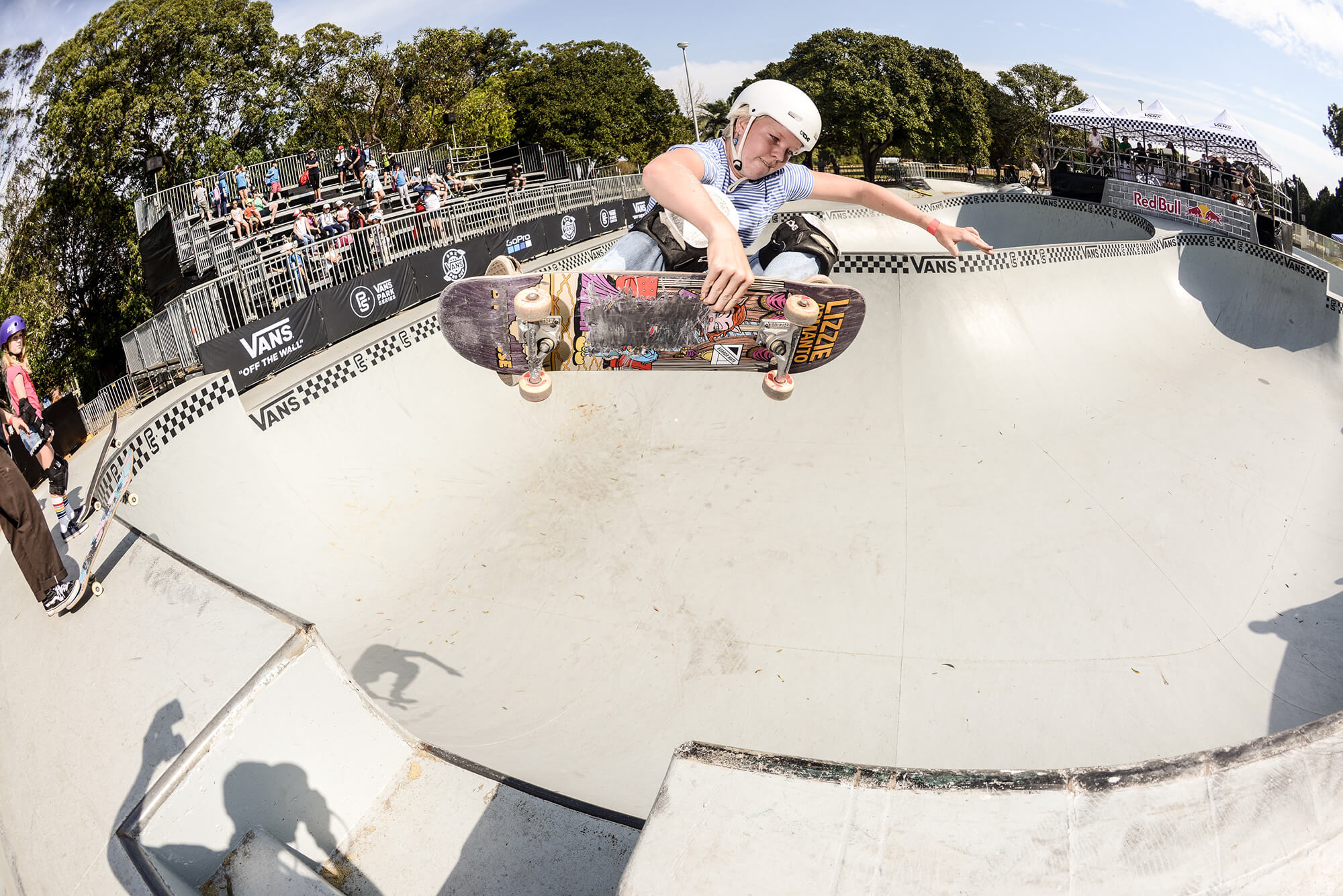 3:45PM – Best Trick on Red Bull obstacles, open to men and women in the Contest, cash for tricks

Known for its unrivaled combination of speed, style, flow, amplitude and creativity, park terrain is the fastest growing discipline in competitive skateboarding today. The Vans Park Series has made historic progress in the evolution of professional skateboarding and champions its reputation as the first premier league for the park terrain skateboarding discipline. From crowning new Park Terrain World Champions every year since 2016, to building the first-ever VPS-certified park terrain skatepark in the world, Vans Park Series sustains its commitment to growing the participation of skateboarding worldwide, and will continue to promote skateboarding’s creative culture for future generations. Visit vansparkseries.com to learn more.

ABOUT VANS PARK SERIES
The 2019 Vans Park Series Pro Tour is the premier competitive platform for professional park terrain skateboarding. Spanning five countries over a five-month season, the series features four global qualifiers for men and women, and culminates with the official Vans Park Series World Championships to be held in Salt Lake City, Utah in September. Showcasing an international roster of skateboarding’s elite pros, Vans Park Series awards a total series purse in excess of $700,000(USD) and advocates its principal commitment to prize parity for men and women.

/ Bowman Hansen / Nixon Osbourne / Poppy Olsen / Sydney / Vans Park Series
There’s most definitely more to skateboarding than skateboarding. That’s why we do it. And this video shows it.
by Manual Magazine
New from adidas Skateboarding by way of Free Skate Mag. The trefoil brand showcases their Australasian team, with a good smattering of Kiwi.
by Manual Magazine
Take a roll through the Capital’s plazas and waterfront in Max Sceats’s new joint. Hunter Lander-Smith starts things off, introducing a host of humans. Niwa Warner closes off with a bag full of bangers.
by Manual Magazine
Despite the efforts of do-gooders, Alexei Foster and crew push through with Bar-None’s latest skateboard video, “Public Hero,” featuring Auckland’s newest breed.
by Manual Magazine
It’s SOTY-season, so we tracked down New Zealand’s longest-running Skater of the Year — Simon Thorp. We talk BINZs, rigged votes and predictions for this year’s NZSOTY.
by David Read
Video coverage and results from the 4th annual Oakura Bowl Jam.
by Manual Magazine
After their debut Duckbrewe Skate Festival at Two Thumb Brewery in Christchurch last summer, Duckewe have returned with another hoppy beer collab, added three stages of music, a field full of spectators and an even wilder ramp design.
by George Read
The Rolling Meadows festival lives up to its name with the addition of the Duckbrewe skateboarding event.
by Manual Magazine
A new skateboarding silhouette from Vans that marks an evolution in skate style and performance. Built from the ground up with input from Tyson Peterson
Press release
Nestled at the foot of Wellington, New Zealand’s town belt is a sprawling and unforgiving D.I.Y. Siim Sild and friends do the hard yards and reap the rewards.
by Manual Magazine
On Saturday Cambridge played host to the 2021 Ramp Attack & Acid Invitational. Carnage ensued as crews from around the country came together to session the purpose built, multi sectioned ramp in Leamington Domain. See how it all unfolded below:
by Manual Magazine
Chase Collins and crew make good use of their pandemic-induced isolation in the motherland in their new skateboard movie “Home Time.”
by Chase Collins
The 3rd Acid NZ Ramp Attack storms Cambridge this July.
Press Release
From the top of the North Island to the bottom of the South Island — introducing some of the wāhine skateboarders of New Zealand.
by Manual Magazine
Chey Ataria’s Def MFG Co. welcomes Lenard Tejada to the illustrious team with a full length video part.
by Manual Magazine
Pushing against cheese-grater ground and weathered ledges, the Darkroom team makes a masterpiece with some Midwestern crust.
by Manual Magazine
Timeless silhouettes receive upgraded design and construction.
Press Release
Vans have completely redesigned the Skate Classic range with the skater in mind. To celebrate the release, we got the New Zealand team together to party, piñata-style. A smashing good time was had — literately.
by Manual Magazine
Photography can be an absolute mystery when you're starting out or learning new techniques. Amid the hustle and bustle of the 2021 Mangawhai Bowl Jam, Kingsley Attwood pulls back the veil on how to create stunning images of skateboarding.
by David Read
In the late 1980s, New Zealand skateboarder Lee Ralph had the world at his feet. But right when he seemed poised to join the sport’s elite, he was kicked out of the US – and out of the limelight.
by Manual Magazine