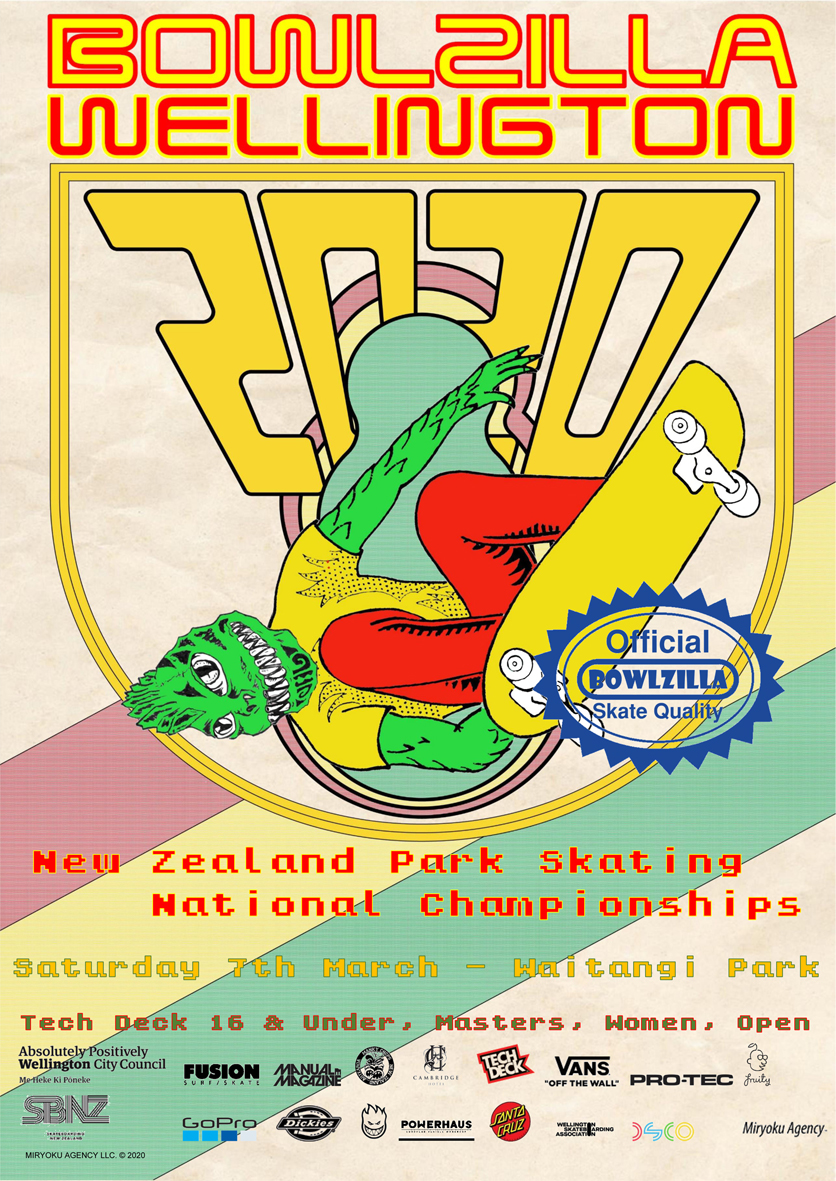 BOWLZILLA Wellington is returning for its fifth year with the highlight being the all-encompassing New Zealand National Park / Bowl Skating Titles. Skateboarding.nz the National Governing body of skateboarding in NZ, sanctions this event as the National Championships for Park / Bowl skating which sees skaters from all around the country and expats flying in. The festival includes an art show, parties and music and an old school ramp jam and barbecue. It is the greatest week of skateboarding in New Zealand and everyone is invited to join in the celebrations.

“Wellington has had a commitment to skateboarding going back decades, which makes it the natural home of this national event,” says Mayor Andy Foster.

Participation in the competition, spectators and fans at all the festival events and overall interest in BOWLZILLA Wellington has increased double digits every year since its inception, which sees Wellington really come alive with all the best of skating. The Park Skating National Champions for 16 & Under, Women, Masters 40+ and Pro/Am Open are special for the skating community and are now an important annual part of what makes Wellington great.

“BOWLZILLA Wellington has always been a community based and focused festival. The support we have received over the years has allowed us to build a platform for our friends to develop and showcase their incredible talents to their community and the world. It is difficult to see government agencies turn away from skating the very year they would get the biggest recognition and return especially with such a capable National Governing body like Skateboarding.nz doing amazing work regardless. Our friends and community are amazing though and together we will make this year’s BOWLZILLA Wellington the best one yet. Come skate and celebrate with us.” BOWLZILLA Director – Chad Ford.

See you in Wellington!

/ Bowlzilla / NZ SKateboarding
The Wellington Ramp Riot celebrated its fifth innings with a truck-stomping rip-a-licious celebration of all things rampy.
by David Read
Pavement brings its signature event back to the bricks of Dunedin’s Octagon.
by Manual Magazine
Converse CONS and Sage Elsesser celebrate 10 years with Fastbreak Pro. Sean Pablo also shares his latest creative vision with the One Star Pro.
Press Release
An all-gender capsule by Lizzie Armanto built around Vans’ first signature skate shoe designed by a woman in 20 years.
by Manual Magazine
Wellington is set to again be the Capital of Skateboarding with the return of BOWLZILLA Wellington on Saturday 29th October. New Zealand’s National Bowl Skating Championships will be roaring back bigger than ever to crown the Nation’s best skaters.
by Manual Magazine
There’s most definitely more to skateboarding than skateboarding. That’s why we do it. And this video shows it.
by Manual Magazine
New from adidas Skateboarding by way of Free Skate Mag. The trefoil brand showcases their Australasian team, with a good smattering of Kiwi.
by Manual Magazine
Take a roll through the Capital’s plazas and waterfront in Max Sceats’s new joint. Hunter Lander-Smith starts things off, introducing a host of humans. Niwa Warner closes off with a bag full of bangers.
by Manual Magazine
Despite the efforts of do-gooders, Alexei Foster and crew push through with Bar-None’s latest skateboard video, “Public Hero,” featuring Auckland’s newest breed.
by Manual Magazine
It’s SOTY-season, so we tracked down New Zealand’s longest-running Skater of the Year — Simon Thorp. We talk BINZs, rigged votes and predictions for this year’s NZSOTY.
by David Read
Video coverage and results from the 4th annual Oakura Bowl Jam.
by Manual Magazine
After their debut Duckbrewe Skate Festival at Two Thumb Brewery in Christchurch last summer, Duckewe have returned with another hoppy beer collab, added three stages of music, a field full of spectators and an even wilder ramp design.
by George Read
The Rolling Meadows festival lives up to its name with the addition of the Duckbrewe skateboarding event.
by Manual Magazine
A new skateboarding silhouette from Vans that marks an evolution in skate style and performance. Built from the ground up with input from Tyson Peterson
Press release
On Saturday Cambridge played host to the 2021 Ramp Attack & Acid Invitational. Carnage ensued as crews from around the country came together to session the purpose built, multi sectioned ramp in Leamington Domain. See how it all unfolded below:
by Manual Magazine
Chase Collins and crew make good use of their pandemic-induced isolation in the motherland in their new skateboard movie “Home Time.”
by Chase Collins
The 3rd Acid NZ Ramp Attack storms Cambridge this July.
Press Release
From the top of the North Island to the bottom of the South Island — introducing some of the wāhine skateboarders of New Zealand.
by Manual Magazine
Chey Ataria’s Def MFG Co. welcomes Lenard Tejada to the illustrious team with a full length video part.
by Manual Magazine
Pushing against cheese-grater ground and weathered ledges, the Darkroom team makes a masterpiece with some Midwestern crust.
by Manual Magazine 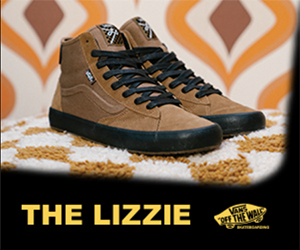